Should You Enroll In A Medicare Advantage Plan? 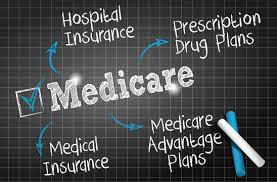 Should You Enroll In A Medicare Advantage Plan?

It is Medicare open-enrollment season. And retirees are confronting the usual confusion about what to do. Perhaps the biggest question: Should I enroll in a Medicare Advantage managed care plan or in traditional, fee-for-service Medicare?

Like almost everything in the world of insurance, the answer is: It depends. In 2022, almost half of all Medicare beneficiaries were enrolled in MA plans, double the share in 2009. But there is lots to think about before you join them.

Thanks in part to generous government subsidies (some say excessively generous), privately-run MA plans usually are less costly to seniors than the combination of Medicare Part B coverage for physician care, Part D drug insurance, and Medicare Supplement (Medigap). And they often offer more benefits, such as eye and dental care or gym memberships.

Increasingly MA plans also offer limited personal care benefits for those living at home with chronic conditions. And they promise well-coordinated care for those with multiple conditions or who see many doctors.

But there are trade-offs. In MA, you’ll likely need a referral before you see a specialist. And you may face big out-of-pocket costs if you use a doctor, hospital, or skilled nursing facility that is out of the plan’s network. You usually have much more flexibility in traditional Medicare.

How do these two forms of Medicare stack up?

Cost: A study by the consulting firm ATI advisory for the Better Medicare Alliance ( a trade group that represents MA plans), found that in 2019, premiums and other out-of-pocket costs averaged $3,524 for MA plan members compared to $5,489 for those in traditional Medicare. The gap was similar among most ethnic and racial groups and for those with limited physical or cognitive impairment. The difference was even greater for those with severe limitations.

Access: Networks vary widely from MA plan-to-plan, and they may change from year-to-year for the same plan.

This year, some MA plans and well-known health systems are at an impasse that could limit coverage for patients. For example, the Mayo Clinic told patients in Florida and Arizona that it will be “out of network” with most MA plans. It will continue to treat those in traditional Medicare.

Networks may be especially important if you live in rural or other underserved communities. If, for example, there is only one hospital within 100 miles of your home, you may want to avoid an MA plan that does not have that facility in its network.

Quality: For many consumers, this can be the bottom-line question. Does MA or traditional Medicare offer better care. Unfortunately, the answer is not clear.

In September, the Kaiser Family Foundation (independent from the Kaiser Permanente health plan), published a report that reviewed dozens of per-reviewed studies that compared MA with traditional Medicare.

Whether to enroll in any MA plan is just your first decision. Then, you need to decide which plan to buy. Each one is different. They have a range of premiums and out-of-pocket maximums. They may have different medications in their formularies.

The Centers for Medicare and Medicaid Services (CMS) has a handy online tool that can help you compare benefits and prices for all the plans in your zip code.

There are two dozen MA plans in my county. One has a $30 monthly premium and a $7,550 annual out-of-pocket in-network maximum. Another has no premium but caps my in-network costs at $8,300. Some plans cover medical transportation but others don’t. Some cover overseas medical care, others don’t.

The CMS tool also includes a rating system for plans that provides some information about member experience. But it is imperfect and there is a lot it can’t tell you.

For example, nearly all MA members are in plans that CMS rates above average. This, says Joan Teno and Claire Ankuda in a recent essay in the JAMA Health Forum, is not because the plans are so good but rather because they have figured out how to game the ratings system. According to the two authors, “The current system of rating MA plans does not allow for meaningful comparisons.”

Where does that leave consumers? With a big decisions and no clear answers. Welcome, as they say, to Medicare.